Items related to SPACE: 1999 The Forsaken 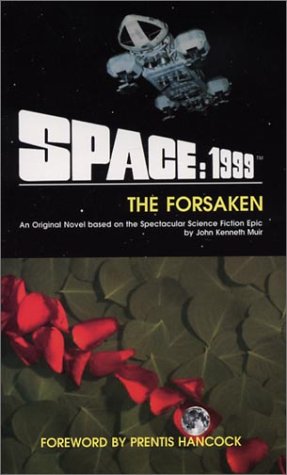 SPACE: 1999 The Forsaken is the second in Powys Media's new series of novels based on the science fiction television epic series. Set halfway between Year One and Year Two of the series, the novel deals with the tragic results of an attempted landfall on an inhabited world that could provide a home to the Alphans. Commander Koenig is forced to choose between survival and genocide, all the while suspecting that mysterious unknown forces may be manipulating events.

John Kenneth Muir is the author of the 2002 release, An Askew View: The Films of Kevin Smith (Applause Theatre and Cinema Books). He has also written several TV and film books for McFarland including Wes Craven: The Art of Horror, The Films of John Carpenter, Eaten Alive at a Chainsaw Massacre: The Films of Tobe Hooper, Exploring Space: 1999, A Critical History of Dr. Who on TV, and Horror Films of the 1970's.

Book Description Powys Books. Mass Market Paperback. Condition: Good. A copy that has been read, but remains in clean condition. All pages are intact, and the cover is intact. The spine may show signs of wear. Pages can include limited notes and highlighting, and the copy can include previous owner inscriptions. At ThriftBooks, our motto is: Read More, Spend Less. Seller Inventory # G0967728029I3N00

Book Description Powys Media, 2003. Condition: Good. A+ Customer service! Satisfaction Guaranteed! Book is in Used-Good condition. Pages and cover are clean and intact. Used items may not include supplementary materials such as CDs or access codes. May show signs of minor shelf wear and contain limited notes and highlighting. Seller Inventory # 0967728029-2-4