Items related to Milpitas: The Century Of 'Little Cornfields'... 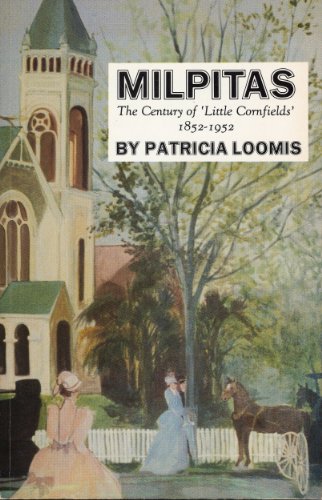 The city of Milpitas California had its origins in 1852 when a settler built the first house in the area, on the edge of a dirt road, at about the halfway point between Mission San Jose and the pueblo of San Jose, which are located about 16 miles apart. This book about Milpitas' history was researched by journalist Patricia Loomis from diaries and newspaper accounts about life in Milpitas between when the first house was built, up until 1952, two years before the city was incorporated.

Book Description Milpitas Historical Society, 2008. Condition: Good. Ships from Reno, NV. Shows some signs of wear, and may have some markings on the inside. Seller Inventory # GRP113916651