Items related to Hidden Wisdom: The Ancient Meaning of the Dead Sea... 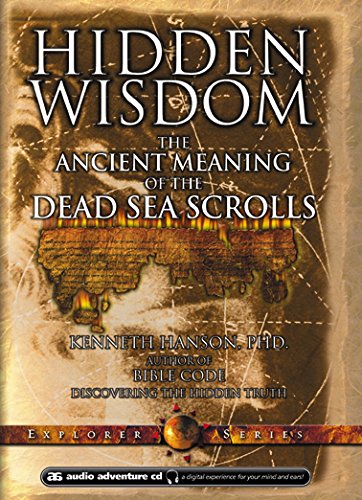 It was one of the greatest discoveries in history...In 1947 a Bedouin shepherd boy stumbles into a cave looking for his lost sheep. What he discovered was an entire library of ancient scrolls that had remained hidden for 2000 years. They would represent the oldest known copies of scripture revered by the three largest religions in the world. In the four-CD Audio Adventure, "Hidden Wisdom: The Ancient Meaning of the Dead Sea Scrolls", Dr. Kenneth Hanson takes the listener on a fascinating journey of adventure to discover what hidden wisdom these scrolls contain and how their truth applies to us today. Using plain English, Dr. Hanson contests the wild and irresponsible speculations surrounding these documents and reveals a hidden wisdom you can build your life on today.

"..brings one into a personal encounter with some of the deepest religiosity of the ancient world." -- Houston Cronicle

"His scholarship is of the highest dimension, and his teaching abilities are hailed by students and colleagues alike as superb" -- Rabbi Levine

1. Hidden Wisdom: The Ancient Meaning of the Dead Sea Scrolls