Items related to Painting with Fire: Masters of Enameling in America,... 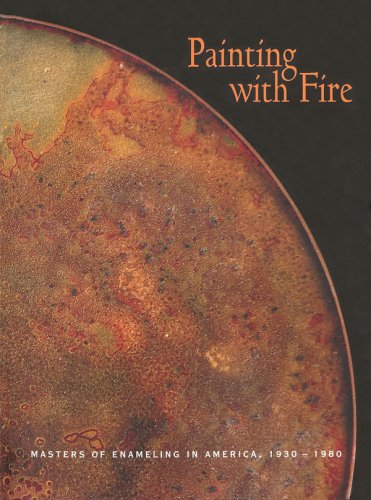 Painting with Fire: Masters of Enameling in America, 1930 - 1980 traces the development of enameling in the United States during a richly productive period in its history. It explores in depth the work of fifteen artists who played a seminal role i advancing the medium: Mildred Watkins, Kenneth F. Bates, Edward Winter, Karl Drerup, Ruth Raemisch, Doris Hall, Arthur and Jean Ames, Jackson and Ellamarie Woolley, Jade Snow Wong, June Schwarcz, William Harper, Harold B. Helwig, and Fred Uhl Ball. Through their leadership in the field, their significant artistic accomplishments, and their highly inventive approaches to the medium, these artists exerted a profound impact on twentieth-century enameling. Painting with Fire, illustrated with photographs of more than 230 stunning examples of twentieth-century enamels, also explores the context within which each of these artists worked, examining the individuals and institutions that supported the development of enameling in the mid-twentieth century. The book is divided into three sections: "The Early Years, 1930-1940," which traces the origins of enameling in the Arts and Crafts movement, Viennese modernism, and the venerable pictorial traditions f the French Limoges school; "Advancing the Field, 1940-1960," which explores the expansion of interest in and support for enabling; and "New Directions, 1960-1980," which instigates innovative approaches to form and content in the late twentieth-century enameling. Painting with Fire is especially noteworthy because it is the first book ever published to explore the field of twentieth-century enameling in this country from a historical rather than a technical perspective. As a further resource to readers, this volume includes short biographies of thirty twentieth-century American enamelists in addition to in-depth discussions of the fifteen seminal artists featured in its pages.

Book Description Long Beach Museum of Art, Califo, 2006. Paperback. Condition: Good. Item may show signs of shelf wear. Pages may include limited notes and highlighting. May include supplemental or companion materials if applicable. Access codes may or may not work. Connecting readers since 1972. Customer service is our top priority. Seller Inventory # mon0001590625