Items related to My Cold War 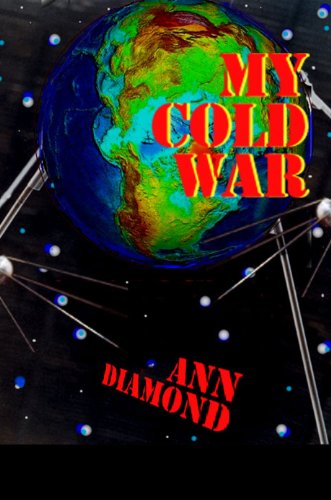 The chilling story of a childhood interrupted by secret Cold War experiments. Based on true events, MY COLD WAR is a fictional recreation of a period when governments sacrificed their own citizens to "national security."

When I approached publishers with My Cold War back in 2004, I got the strangest reactions ever. Friends thought I had gone crazy. Editors/publishers did not answer my email queries and my former publisher took me off his mailing list. Another told a friend of mine that "they would swoop down and lock her up" if it ever saw the light of day.  Yet another told me "This book could never be published in Canada." Maybe the saddest reaction was the community radio host who, having read it, said "I'm so sorry" and gave me a hug.

Another problem was, when I talked about it, I would start to shake or my throat would get tense and painful. I desperately needed confirmation that the events I describe were really possible in Canada in the 1950s and 60. Instead, in 2004, there seemed almost to be a network that did not want this story told. There is such a thing as blacklisting and I think it happened to me.

I'm over all that now.  There seems to be a sea change lately. These days, I am finally getting the sort of feedback I really needed for such a personal story. People seem to have caught on all of a sudden -- they understand the background. It's a whole new world, thanks to the internet, which was where My Cold War came to light. Thanks to all who have read it and written to me for making me want to go on telling this story -- maybe our time has come.

Ann Diamond is an award-winning Canadian writer of poetry, fiction and memoir. My Cold War is her fourth novel.

Book Description DiamondBack Books. Paperback. Condition: Very Good. A copy that has been read, but remains in excellent condition. Pages are intact and are not marred by notes or highlighting, but may contain a neat previous owner name. The spine remains undamaged. At ThriftBooks, our motto is: Read More, Spend Less. Seller Inventory # G0973900415I4N00

Book Description DiamondBack Books, 2006. Condition: Good. A+ Customer service! Satisfaction Guaranteed! Book is in Used-Good condition. Pages and cover are clean and intact. Used items may not include supplementary materials such as CDs or access codes. May show signs of minor shelf wear and contain limited notes and highlighting. Seller Inventory # 0973900415-2-4