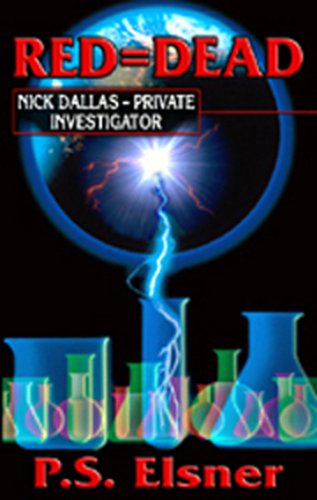 The long-awaited third book in the Nick Dallas series. On this mission, revenge, greed, and murder await Nick around every corner.

Nick's plans for a carefree vacation in Daytona Beach, Florida, with Laurie and Sammy are quickly altered when a person from his past has a special assignment for him. While Frankie is in Las Vegas on a missing person's case, Nick finds himself winging to the Bahamas in search of a madman who has stolen a biological weapon from the United States Army. The weapon--nicknamed The Red Death--has the capacity of killing millions of people if it falls into the wrong hands. But money and power can buy anything, especially if those involved have deluded themselves into thinking it will be beneficial. And while Nick doesn't like compromising his ethics, he will find it necessary to get close to a woman who can lead him directly to the source. Will Nick be able to find the weapon before it's tested? Will the woman he uses betray him? Vengeance, self-indulgence, and blood thirst prove to be powerful magnets in the situations Nick and Frankie are embroiled in.

PROLOGUE The torrential rain struck Nick's face like a thousand needles. His skin felt as if it were being scrubbed with sandpaper as the wind churned the sand and sea spray into the air. He could barely see his hands as he pushed the palm fronds out of his path and struggled to keep his feet. The screaming hurricane-force winds raged across the small island, uprooting trees and tearing at his wet clothes, obscuring what little vision he had. It hadn't been that long since he'd escaped his captors, but he could feel his strength being sapped. Nick could hardly hear himself think over the angry wail of the storm, but he dared not stop; he had to find a way out before it was too late.

Suddenly, the sharp edge of a frond smacked the side of his face, cutting him like a razor. Bringing his hand quickly to his cheek, he felt the warm stickiness of blood on his fingers. Looking about him, he tried to get his bearings. It was only afternoon, but darkness had closed in, making his task that much more difficult. His heart was pounding in his chest, his breathing labored. How much further? he wondered. Would he make it to safety, or would this hurricane be the finish of him?