Items related to A Feast of Peonies

Obi A Feast of Peonies

A Feast of Peonies 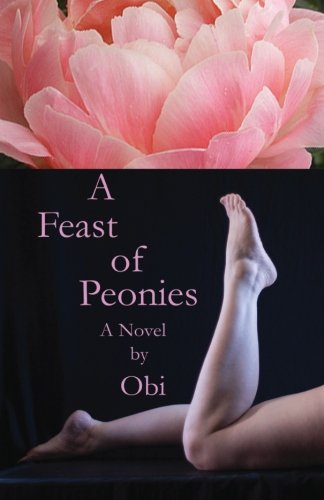 This novel is about a young man accused of a crime he did not commit who is forced to flee in order to prove his innocence. He is helped by a gay Puerto Rican man he met in a bar a couple of days earlier.

With A FEAST OF PEONIES, Obi has contributed to the lexicon of techniques available for the creation of works of fiction. A FEAST OF PEONIES is written in the second person singular viewpoint. Typically, this viewpoint is used as the voice of the conscience of a character, or it is used to make off-hand generalizations. Obi, however, has taken the technique one step farther. Using a consistent deep-in-the-mind approach in conjunction with the second person viewpoint, Obi has created an in-the-skin experience for the reader that is unique in literature. The experience is more immediate than that of the first-- and certainly more immediate than that of the third-- person viewpoint. The reader becomes the character. Sometimes considered a tour de force, Obi has used it with finesse and skill.

Obi is a native of Chicago, Illinois. He graduated from Hyde Park High School and served in the U.S. Air Force. He did his basic training at Lackland Air Force Base (AFB) in San Antonio, Texas, then went for further training at Goodfellow AFB in San Angelo, Texas. He was stationed in Darmstadt, Germany, for three years working in intelligence.

After a short return to the U.S. where he worked at several odd jobs including six months as an assembler for an electronics company near Mt. Vernon, New York, he spend 15 months traveling in Europe where he hitch-hiked from Lapland in Scandinavia to Morocco in North Africa working along the way at a variety of jobs from farm hand to factory worker to dishwasher to carpenter’s assistant, mainly in Sweden and Germany. His travels have taken him to Oslo, Norway; Stockholm, Sweden; Copenhagen, Denmark; Amsterdam, the Netherlands; Paris, France; Cologne, Germany; Barcelona, Spain; and Tangier, Morocco.

Upon his return to the United States, he attended the University of Illinois at Chicago, where he majored in Philosophy and minored in English. He did further graduate work and later attended the John Marshall Law School, earning a Juris Doctor degree. He has also done graduate work in Computer Science and Telecommunications at De Paul University. He has worked in Chicago and throughout the United States as a computer consultant designing and implementing fault-tolerant applications in a wide range of industries from banking to transportation to manufacturing. He has worked as a criminal defense attorney representing high-profile death row inmates, several of whom were released pursuant to DNA testing. He has been active in third-party politics.

He has also found time for a full and rich family life, with seven children and one grandchild. His hobbies include physical training and martial arts, African and Conga drumming, and yoga and meditation.

He currently works and lives with his family in Chicago.

1. A Feast of Peonies

Book Description Penknife Press, 2012. Condition: Good. Former Library book. Shows some signs of wear, and may have some markings on the inside. Seller Inventory # GRP83014405

2. A Feast of Peonies

3. A Feast of Peonies