Items related to The Stanford Daily 100 Years of Headlines

The Stanford Daily 100 Years of Headlines 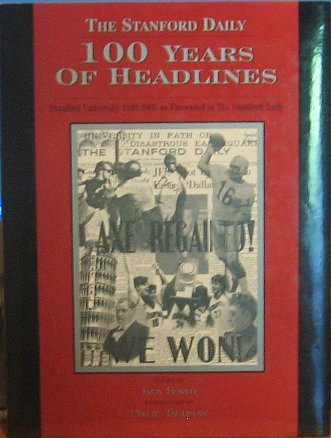 Handsomely produced, this large format, hardcover book contains over a century of Stanford Daily front pages (most of which haven't been seen since they were first published). Each front page has been digitally imaged from the original bound volumes in the University's archives and is presented in its entirely, exactly as it ran. Organized chronologically, each page includes all the headlines, stories, photos, weather reports, ads, and that made up the day's news.

No other publication can match the impact and immediacy of The Daily's front page. Through headlines, articles, and photographs, these pages provide a "rough draft" of history as it occurred. Told from a student's point of view, The Daily's coverage is straightforward and exciting.

100 YEARS OF HEADLINES covers the broad sweep of Stanford history from its founding to the present day. Re-live top stories, including: