Items related to The Mint on Carson Street

The Mint on Carson Street 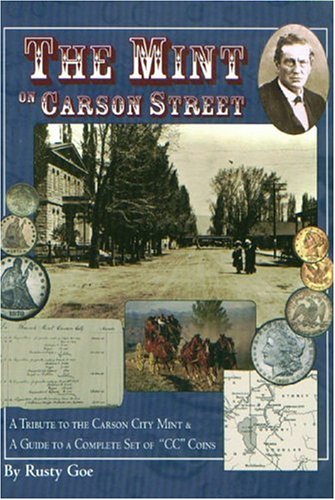 This book pays tribute to the popular Nevada branch mint and the many wonderful coins produced there. True-life stories are told of the Comstock miners near the Carson City Mint who procured the gold and silver used to make the coins. Brief biographical profiles are presented of the men and women connected with the Carson City Mint. This book recently received the Double Crown of numismatic literature and was awarded Book of the Year honors by the Numismatic Literary Guild and the Professional Numismatics Guild.

THE MINT ON CARSON STREET wins 2004 BOOK OF THE YEAR HONORS from two of the most prestigious organizations in the field of coin collecting! Both the Professional Numismatist's Guild and the Numismatic Literary Guild made the announcement at the annual American Numismatic Association's coin convention held in Pittsburgh. It is not often that an author wins both awards in the same year. In a statement from the PNG commented that, "the Friedberg [Book of the Year] Award is not automatically given each year, only when there is deemed to be a worthy recipient". They went on to say that "[Rusty] Goe received the Friedberg literary award for his reference work about the Carson City Mint and the days of the fabled Comstock Lode".

1. The Mint on Carson Street