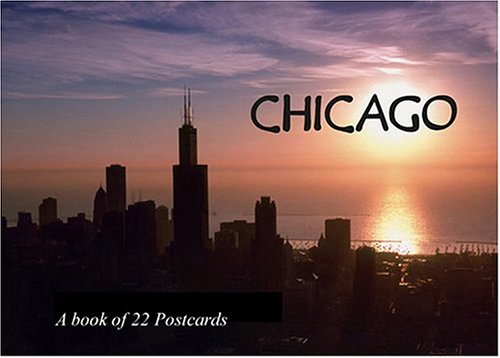 Few cities in the world can combine culture, art, and history in the way Chicago does. It is a city with multiple ethnic groups living side by side, creating a rich cultural fabric that can be felt even in the darkest ally. It is a city that provided a canvas for architects to experiment, embracing the skyscraper building type best exemplified by the Sears tower. Chicago is home to numerous museums, some of them with a worldwide stature. Chicago is also the birth place of such famous figures as Ernest Hemingway, and was home to Frank Lloyd Wright. Chicago is able to encompass great ethnic diversity, magnificent architecture, public institutions, and history under one roof. From the Loop to Chinatown, from the elevated train to the Lake Shore Drive, and from street art to the master works in the Art Institute, Chicago provides a wide range of vistas and insights into a true American city. This booklet is a brief look at the key ingredients that sustain Chicago in this exceptional combination. The photographs herein aim at providing a total image of a diverse and multi-faceted city in the heart of America.

Jacek Kociolek has traveled extensively worldwide to capture landscapes, architecture and people in their cultural surroundings. His journeys have taken him all around the United States, Canada, and Central Europe. His work has been exhibited in Chicago and Warsaw. His portfolio consists of numerous publications, including four major photo-books entirely of his authorship. Jacek's appreciation of natural landscapes, stemming from his passion to explore the furthest corners of the Earth, has a direct effect on his photography style. His photographs capture more than just a documentary snap-shot, they capture the light, the mood, and the desolation of far and removed lands. At the same time, Jacek's work successfully attempts to deal with the human element and different time dimension of a modern American metropolis. Jacek Kociolek's work encompasses all photo related publications, including photo-books, postcard booklets, postcards, posters, and calendars.