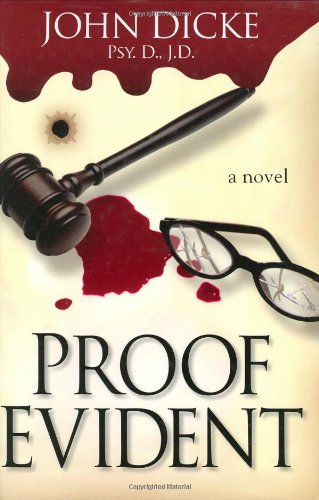 Prominent Judge Avery Jackson'ss past holds a dark secret. Charged with the murder of a popular sheriff, he is sure to be convicted; everyone knows he'ss guilty--everyone but him. But as his lawyer probes deeper into the case, and Jackson'ss subconscious, he uncovers a confluence of corruption that may lead them to the truth--or to their own demise.

Author John Dicke holds advanced degrees in both Law and Psychology. He handled numerous first-degree murder cases as a Public Defender in Ohio and Colorado and was a Regional Counsel for the American Civil Liberties Union. As a psychologist, Dicke has been involved in complex forensic cases, including those of serial killers and rapists. Dicke has appeared as an expert witness in over 60 trials and also provided on-camera analysis of the Columbine High School shootings for CBS, Fox, PBS and MSNBC and published op-ed pieces in various newspapers about the tragedy.

Dicke lives in the foothills of Colorado with his wife, Cari. Hes an avid golfer, spotting an 8 handicap.

Proof Evident ingeniously illustrates the difficulty of pursuing the insanity defense since I used it successfully in the Hinckley case. -- Vincent Fuller, Defense Attorney for John Hincklley, Jr.

What a talebetter than Grishamas good as Turow. -- A distinguished jurist

psychiatrists working for the CIA and military to create killers without consciencethe most shameful abuses of power in American history. -- Colin A. Ross M.D., Author of Bluebird: Deliberate Creation of Multiple Personality Disorder by Psychiatrists and pioneer in the diagnosis and treatment of Dissociative Disorders