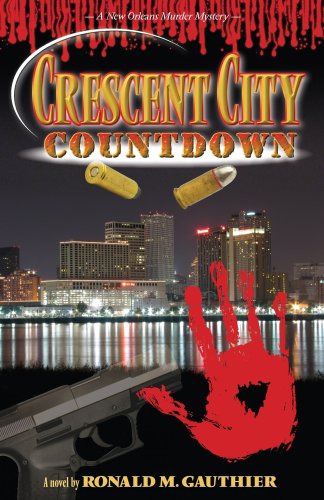 Jeannette Plaisance is back on the trail of another elusive mystery, this time pursuing two witnesses to the murder of hotel executive in New Orleans. She teams up with the co-owner of her private investigation company to solve this case, all of this occurring as the city witnesses the maddeningly high re-emergence of violent crime. Jeannette's brother, Dr. Marcel Plaisance, is also back, and he pursues the intriguing geanology of their family, where secrets and revelations sprang from their history.

Ronald M. Gauthier was a resident of New Orleans before Hurricane Katrina forced his evacuation and displacement to Georgia. Before the storm he was a library branch manager. He also worked as an adult education instructor and counselor in a variety of social service settings. He is currently a library branch manager in Georgia where he is working on a the third part of a trilogy that began with Prey for Me: A New Orleans Myster.