Items related to So Help Me God

So Help Me God 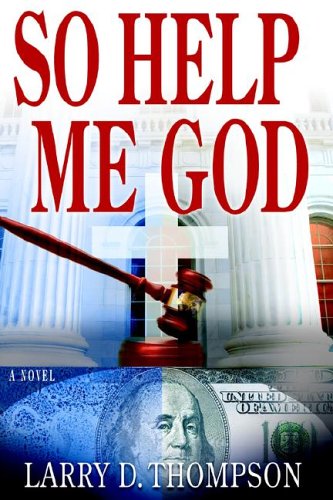 A veteran Texas trial lawyer, LARRY D. THOMPSON has drawn upon decades of experience in the courtroom to produce his first novel, So Help Me God.  Thompson, a one-time journalism major who used his talent for writing to excel at the University of Texas School of Law, is now managing partner of the Houston trial firm he founded.  Recently honored by Texas Monthly Magazine as a "Texas Super Lawyer," he is the proud father of three grown children, an active golfer, SCUBA diver, runner, and outdoor enthusiast.  His biggest inspiration both in life and literature is his late brother, best-selling author Thomas Thompson.