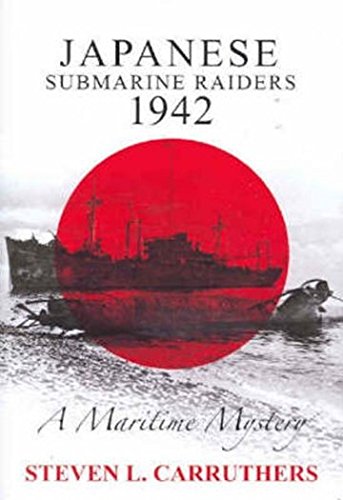 Buy Used
Condition: Near Fine
Minimal wear to jacket. No tears... Learn more about this copy

Book Description Casper Publications, Narrabeen, NSW, 2006. Cloth, Hardcover. Condition: Very Good. Dust Jacket Condition: Very Good. Just over three months after the surprise air raid over Darwin in 1942, Australians were once again shaken when the Japanese launched a surprise midger submarine attack on Sydney harbour which then contained over 40 ships of war from all the Allied Navies fighting in the Pacific. 264pp well illustrated in black and white. Size: 230x160mm. Signed by Author. Seller Inventory # 22983s26

Shipping: US$ 21.41
From United Kingdom to U.S.A.
Destination, rates & speeds

Book Description Casper Publications Ltd, Narrabeen, NSW, Australia, 2006. Hard Cover. Condition: As New. Dust Jacket Condition: As New. Reprint. 264 Pages with Black/White Photos. Just over three months after the surprise air raid over Darwin in 1942, Australians were once again shaken when the Japanese launched a surprise midget submarine attack on Sydney Harbour, the heart of Australia's premier city. It occurred at a time when Japan's Imperial Army was advancing on Port Moresby, and three weeks after the Battle of the Coral Sea. The Japanese greatly valued surprise. It had devastated Pearl Harbor and they expected similar unpreparedness when they launched their submarines into crowded Sydney Harbour, which then contained over 40 ships of war from all the Allied Navies fighting in the Pacific. This book presents new information about the Sydney Harbour attack, the shelling of Sydney and Newcastle a week later, and the large-scale submarine campaign to terrorise and destroy commercial shipping off the east coast of Australia. It also explores the role of censorship, which allowed the government of the day to cover up peculiarities in defence conduct, and even Australian casualties. It is now evident that military secrecy and government censorship was a major factor why few details about the attack emerged until many years after the war. Had their been an official investigation, it would have revealed serious flaws in the harbour defences, as well as the failure of some personnel; it also would have revealed the gallantry of many Australian defenders. Since the Sydney Harbour raid, the whereabouts of one midget submarine has become one of Australia's greatest maritime mysteries. Japanese Submarine Raiders: A Maritime Mystery , explores the many theories to its location. Seller Inventory # 020676