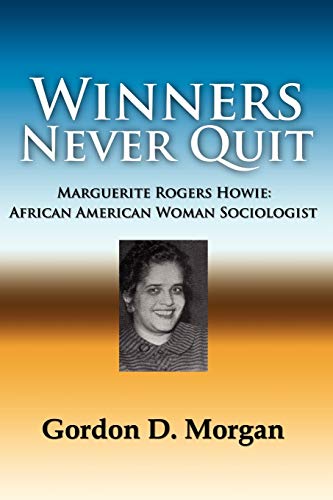 "Little has been written on the life of African-American scholars working in traditionally black colleges and less has been written on the struggles of African-American women scholars. This work provides a lens through which we are able to get a glimpse of the struggles, divisions, conflicts, tensions, and solidarity that characterized African-American faculty at traditionally black colleges in the South. Just as macro-level history is most accessible through the close exami- nation of one person's experiences in a particular social-historical context, so too the tensions at historically black colleges, the concerns of black in- tellectual elite, and the status of structure of the black academic commu- nity during the time of the desegragation of white colleges, all come alive in Professor Morgan's work." -Steven Worden, Associate Professor of Sociology, University of Arkansas. "This book chronicles and captures the essence of the tribulations experi- enced by Black scholars and faculty in higher education from the 1900s to the present. . . . Hundreds of Black scholars of Higher Education (in- cluding this reader) can relate to, and identify with, Professor Morgan's comprehesive research and the history he has covered." -Talmadge Anderson, Professor Emeritus, Washington State University.