Items related to The Comeback Kid 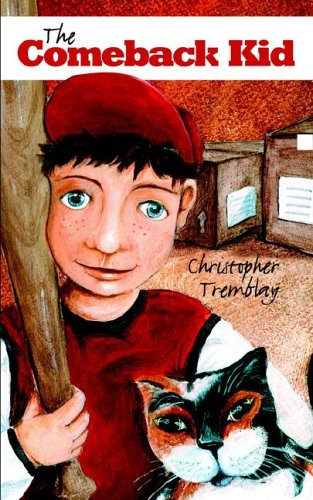 The perfect baseball-themed, middle-grade boys novel telling the tale of Rowland Smart, who is forced to move to the other side of the country and start a new life, a new school and make new friends. Join him on his journey and how it came to be that it was the love of baseball that saved him.

Christopher Tremblay grew up in Franklin, Massachusetts, where he first envisioned becoming a sports writer. As an avid sports enthusiast, sports always took first priority in his life. In fact, whenever he was not around his parents knew that he could be found on an athletic field somewhere in town, especially when there was work to be done around the house.

He began writing for the Country Gazette in its early stages, while attending Dean Junior College in Franklin, where he earned an Associates Degree in Communication Arts. While at Dean he was involved with not only the Demon Oracle Newspaper, but was a member of the WGAO radio staff.

Following Dean, Tremblay concluded his college education in Amherst at the University of Massachusetts, where he received a Bachelor of Arts in Journalism and English. At UMASS he was a key component to the sports department on the school’s daily newspaper, The Collegiate.

He has been part of the Community Newspaper Company’s sports department for the past 25 years, where he was presented with an award for excellence in sports feature writing. He has also spent time with Associated Newspapers, the Milford Daily News and has done some sports free-lancing for the Woonsocket Call.

He has resided in Woonsocket, RI for the past twenty years with his wife Debbie; their two children, Crystal and Christopher and their entourage of pets.

This story captures the trials and tribulations of a player that can be shared by young readers and their families. -- Mike Hardman - Sport Editor of the Foxboro Reporter

Book Description Golden Ram Press. Paperback. Condition: As New. An apparently unread copy in perfect condition. Dust cover is intact; pages are clean and are not marred by notes or folds of any kind. At ThriftBooks, our motto is: Read More, Spend Less. Seller Inventory # G0977850501I2N00