Items related to The Baghdad Blues 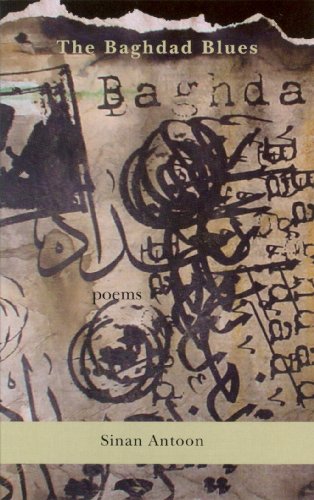 Poetry. THE BAGHDAD BLUES presents documentary filmmaker/co-creator of About Baghdad, Sinan Antoon's first poems in English. Antoon studied in Baghdad and moved to the States after the Gulf War. Since then, Sinan Antoon completed his dissertation at Harvard, has taught Arabic and literature at Dartmouth and NYU, and has a novella just published by City Lights. Antoon's poems--many of them published in Banipal (London) and Across Borders, as well as anthologized--are not quite the thin trails they would appear to be. Antoon's line, although lyrical, is packed with the absence and fury which ought to make us shake a fist at the skies. If it were only the sky's fault.

Sinan Antoon was born in Baghdad and now lives in New York where he teaches Arabic literature and culture at NYU. He's also a poet, a novelist, and a filmmaker, having co-directed and produced a documentary called About Baghdad.