Items related to Dating After 30: It Doesn't Have to Suck!

Hancock, Blaise C Dating After 30: It Doesn't Have to Suck!

Dating After 30: It Doesn't Have to Suck! 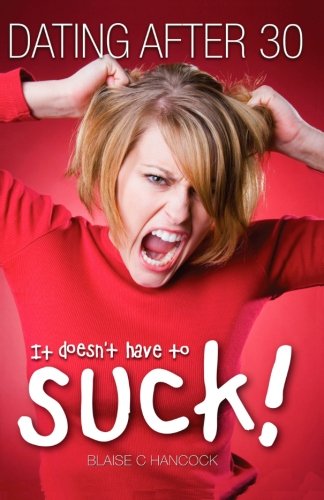 The dating guide for women covering issues for adults ready to get back into dating after divorce, or dealing with children. Real issues, spoken to and discussed, from sex to etiquette to finances. Where to meet men and how to network.

After working in marketing for many years, Mr. Hancock took over as a Director of the Matchmaking Institute and co-wrote the book: Matchmaking From Fun To Profit in 2006. This led to the independent work: Dating After 30 It Doesn't Have To Suck! released in 2007. Mr. Hancock has written an amusing book on High Society, as well as articles, poetry, plays, treatments for film and television. While doing marketing consulting work and researching another book on dating and marriage, Mr. Hancock lost his home to fire in late 2007. What followed would be nightmare for anyone, as Mr. Hancock learned the pitfalls dealing with insurance, his appraiser and even his attorney. Turning the bad experience around to help others, Mr. Hancock wrote the book, Be Prepared: The Disaster Readiness Handbook. The book contains various chapters to help others avoid the problems he encountered. The second book completed to help families after major loss, How To Recover: The Disaster Recovery Handbook is now available. Both works are in the process of being converted into a series of video shorts by Burnin' Media and Secure Home Group.