Items related to Nothing in the World

Kesey, Roy Nothing in the World

Nothing in the World 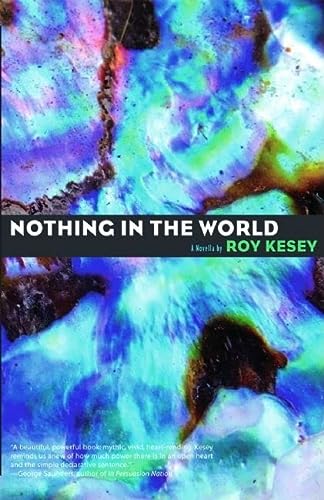 Winner of the Bullfight Little Book Prize, Nothing in the World received unanimously great reviews, and sold out its original 2006 printing in just a few months. Dzanc Books is excited to bring this remarkable work back into print.

Roy Kesey's other books include his recent debut novel Pacazo, a historical guide to the Chinese city of Nanjing, and a short story collection called All Over, which made The L Magazine's recent "Best Books of the Decade" list. His short stories, essays and poems have appeared in more than eighty magazines, including McSweeney's, Subtropics, Ninth Letter and The Kenyon Review. Among other awards, his work has won a Pushcart Prize Special Mention and the 2008 Missouri Review Editors' Prize in Fiction, and has appeared in several anthologies including Best American Short Stories, The Robert Olen Butler Prize Anthology and New Sudden Fiction. He is the recipient of a 2010 prose fellowship from the National Endowment for the Arts. He currently lives in Peru with his wife and children.

"Nothing in the World is a mesmerizing tale of expulsion and return: this is as much a trance as a story. Roy Kesey is a fearless and very welcome new writer." --Anthony Doerr

"In haunting, evocative prose, Roy Kesey captures the horrors of war, the insanity of genocide, as well as the fleeting joys of love. Nothing in the World is a memorable debut." --Laila Lalami

"Kesey has created a quietly brilliant protest against war, an exquisitely rendered tale in the absurdist spirit of such classics as Slaughterhouse-Five and Catch-22." --Daniel Olivas, The El Paso Times

"I'm still buzzing from Roy Kesey's prize-winning novella, Nothing in the World. I'm always impressed at how he can inhabit fictional worlds that appear to be far from his own experience." --Phillip Graham, National Book Critics Circle

"It's gruesome and harrowing and funny and sad, and you should get yourself a copy right freaking now." --Pasha Malla, The Morning News

1. Nothing in the World

2. Nothing in the World

3. Nothing in the World

4. Nothing in the World [Paperback] Kesey, Roy