Items related to The Thirty-Ninth Victim 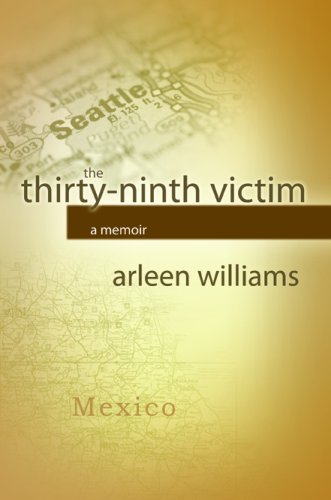 The Green River murders were headline news throughout the 1980s. By the time the perpetrator was sentenced in 2003, at least 48 young women had met an untimely death at his hands. What started as as string of local killings in Seattle became a national nightmare before it was over. In homes all across America, television news programs and newspapers large and small carried feature stories about the ever-growing list of victims. Now imagine that during this time, someone you love--your baby sister, a beautiful young woman of 19--suddenly goes missing. The police are at best unhelpful, and at worst, seemingly uninterested in what's happened to her. And then comes word you hoped you'd never receive: your youngest sister's remains have been found. She is yet another victim of the Green River killer. With amazing candor, Arleen Williams tells the story of her family's journey, before and after the Green River killer murdered her sister Maureen and left her body in a stretch of wilderness off the west side of Highway 18. As insightful as it is heart wrenching, The Thirty-Ninth Victim gives you a window into the family dynamics that contributed to this life-altering tragedy. This is a memoir unlike any other. The author set out to tell Maureen's story, but in doing so, she tells bits and pieces of every family's story. You cannot read this profoundly personal and cataclysmic tale and come away unchanged, nor will you ever view your own family in quite the same way. You will applaud Ms. Williams's courage in sharing this recounting of her family's trauma through one of the most atrocious streaks of serial killings in American history. And like the family, you will never forget The Thirty-Ninth Victim.