Items related to To Dream Again: A Memoir

To Dream Again: A Memoir

To Dream Again: A Memoir 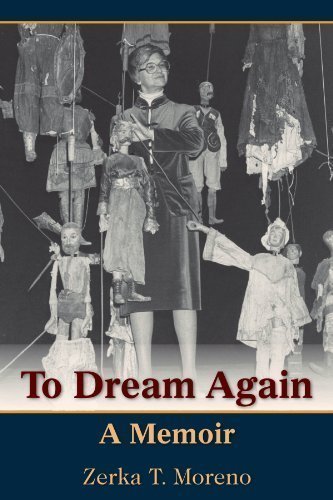 In psychological and psychotherapeutic networks, Jacob L. Moreno and Zerka T. Moreno were a pioneering dyad. Working together from 1941 onwards, this was the first time that such a manner of working was undertaken in the healing arts. Zerka became Jacob L. Moreno's co-worker, wife, partner and major helpmate until his death in 1974. This book portrays Zerka's development and experiences that molded her, and made her receptive to Moreno's ideas at a time when this was not generally the case. Zerka's life before she met Moreno occupies the first part of this book. The second part relates the highlights of this unusual partnership and her life after Moreno's death. The final portion of this book addresses Zerka's subsequent life and many of her worldwide journeys. Moreno was once heard to declare, "I had the ideas, Zerka was the tool." The focal point of this Memoir is not to describe who Zerka was to J.L. Moreno, but to share who Zerka is to the world. "This is a story about a woman who is a legendary figure, not only in psychodrama, but in the overall field of psychotherapy. Zerka's life, her international training sessions, and intellectual insights have truly had a powerful and therapeutic impact on people around the world." Lewis Yablonsky, PhD Emeritus Professor of Sociology California State University-Northridge "Zerka Toeman Moreno tells us many wise stories of survivor courage, steely determination, graceful dignity, witty humor and just plain guts. This is a guidebook for being alive, being awake, caring about oneself and the world, taking ethical action, being fully human. Marcia Karp, MA, co-editor of Psychodrama Since Moreno

1. To Dream Again: A Memoir

2. To Dream Again: A Memoir