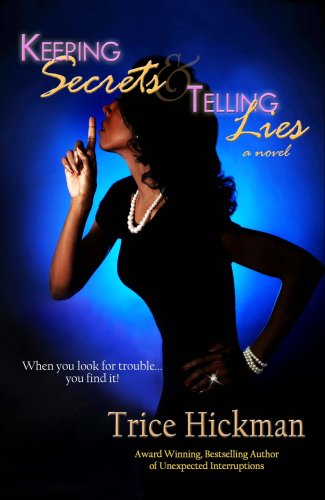 What would you do if the secret you were keeping could set you free, yet ultimately devastate the ones you love?.........After six years of marriage, Victoria and Ted are the ultimate power couple. She's a beautiful, business savvy sister who owns one of Atlanta's most sought after event planning companies. He's a powerful, blue-eyed CEO who knows how to take care of business in and out of the boardroom. But their seemingly happy life begins to unravel in the blink of an eye when long held desires and decades old secrets come back to haunt them. Victoria's road to deceit begins when Parker Brightwood re-enters her life. She thought she'd gotten over the brazenly handsome surgeon who once stole her heart, but an unusual set of circumstances ushers the ebony prince back on the scene, and this time he's determined to win her back at any cost. Ted's undoing begins with his mother's sudden death, and a mysterious secret that leads to unexpected places. When the truth is finally revealed, it's a realization so shocking, it threatens the life and marriage he holds so dear. As Victoria and Ted journey down a road filled with uncertainty, they're forced to take a hard, honest look at themselves and confront their hidden fears. Can they repair the damage before it's too late, or will they follow a path headed toward destruction?

Book Description Platinum Books, 2009. Condition: Good. Ships from Reno, NV. Former Library book. Shows some signs of wear, and may have some markings on the inside. Seller Inventory # GRP97982070

Book Description Platinum Books, 2009. Condition: Good. A+ Customer service! Satisfaction Guaranteed! Book is in Used-Good condition. Pages and cover are clean and intact. Used items may not include supplementary materials such as CDs or access codes. May show signs of minor shelf wear and contain limited notes and highlighting. Seller Inventory # 0979561817-2-4