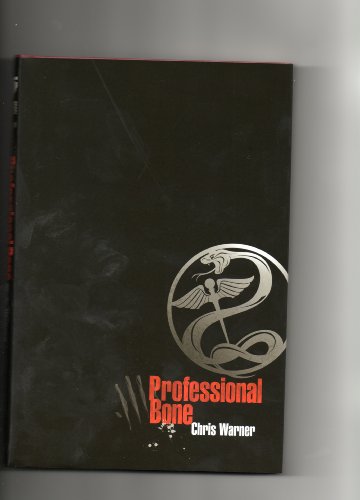 Ron Barton is everybody's All-American. A former small town hero turned college baseball star and Rhodes Scholar, he is the atypical high-pofile physician. Barton's expertise takes him to the Deep South's medical Mecca of Birmingham, Alabama where he excels in the operating room as quickly as he did on the red clay diamonds for Auburn University. Philip Lucci is a rising star in the lucrative field of rehabilitative sports medicine. A former gas station attendant and brick mason turned entrepreneur; he is as much of an anomaly as Dr. Barton. Lucci's laser-like vision to create the McDonald's of worldwide rehabilitative care is as powerful as his insatiable drive for wealth, fame and social rank. Like Barton, he too is a product of the Deep South; but the similarities end there. Lucci is the archetype Machiavellian dictator bent on success. Barton is the consummate professional seeking self-actualization through innovation and heightened care. Unbeknownst, they are on a collision course that will rock Birmingham rehabilitative medicine and ultimately, Wall Street, to their collective cores. A star as bright as Barton's cannot go unnoticed by Lucci's all-discerning focus. Lucci makes him an offer he seemingly cannot refuse--to be a part of his budding rehab empire--at more than double his current salary in an office as ostentatious as his potential benefactor. But refuse Barton does, as he is not in the least impressed by money, or Lucci's phony veneer. Unaccustomed to rebuke, Lucci is incensed by Barton; and as a result, he endeavors to ruin him--as fitting payback. Amanda Lucci, Philip's second wife, is a former Miss Alabama. Bored with the Earthly comforts lavished upon her by her overbearing, compromised husband, she retreats to the high-end escape world of polo, where she meets and falls in love with Dr. Ron Barton, whom she hopelesssly admires for his rugged looks and purposeful existence. Lucci's bodyguards and surveillance team soon learn of the affair and inform their boss. It is just the edge he needs to ruin his recalcitrant detractor. Having already grown tired of Amanda's continued rebuffs, Lucci now has the perfect vengeance plan firmly in place. While Barton is weakened, he is not defeated. He vows revenge. Working through his trusted colleagues he learns of a chink in Lucci's armor. Barton discovers that as Lucci's success grew, so did his competitors, shrinking an already competitive patient pool. To maintain Street expectations, Lucci has resorted to cooking the books. Barton devises his own plan to leak this information to the FBI and raze Lucci's precariously shaky house of cards. But Lucci's resourcefulness proves to be perplexing. Barton again finds himself in the crosshairs--and he is not alone, as his colleagues are now in danger of succumbing to Lucci's growing, fear-fueled malice. As the plot unfolds, it takes the reader on a tortuous, unforgettable courtroom ride. Lucci, the reinvented televangelist catering to a majority black congregation, is first found innnocent of securities fraud as a result of shameless jury pool tainting. However, in the end, Lucci lands predictably in Federal prison; but his long-time dream of building a world-class digital rehabilitative hospital continues nevertheless, albeit with the tweaking of its new standard-bearer, Dr. Ron Barton. Professional Bone is a fast-paced, romantic action thriller that seeks to draw semblance to the ongoing impacts that corporate greed, fraud and indifferent citizenship have had on American free market capitalism. *Chris Warner is the author of thirteen books. He lives in Fairhope, Alabama. Learn more at wagontodisaster.com, the official book website.

Chris Warner is the author of 13 books, including, "The Wagon to Disaster" (Aaron Beam). He holds a doctorate from the University of New Orleans. He lives in Fairhope, Alabama.

"Gripping! This book will be coming to a theatre near you very soon! Once I started I couldn't put it down. One helluva wild ride...a story of unchecked greed, over-inflated ego and monumental hubris. It's Icarus goes to Birmingham." - Patrick Sheehan, Eyeline Films --Black & White Magazine "If the Coen brothers would make a movie about HealthSouth, this would be it!" - Aaron Beam --Black & White Magazine "Medicare, Medicaid, Martinis and Murder...Chris Warner's fictitious account of the rise and fall of a giant health care corporation will leave you wanting more." - Nancy McLemore --Black & White --Black & White Magazinne

"If the Coen brothers would make a movie about HealthSouth, this would be it!" - Aaron Beam --Black & White Magazine