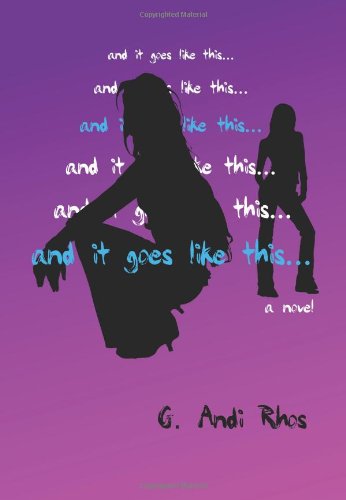 Socially awkward Charlotte-Louise Andrews, fifteen and naive, is the only child of a single mother who puts booze before her daughter. Desperate for acceptance, Charlotte-Louise latches on to an unruly, street smart teen who guides her through sordid inner city adventures, and later introduces her to Joaquin Lomax. Sharp minded twenty-year-old Joaquin seduces the emotionally scarred Charlotte-Louise with attention, gifts, his good looks and nice guy exterior. Charlotte-Louise is in over her head before she realizes she's hooked up with a brutal, ingenious drug dealer. In this startling three-year account of Charlotte-Louise's life, wrapped in a candid Blatino family saga, she becomes helplessly entangled in Joaquin's fast, illicit world--a world of sex, crime, and deception ... until she turns the tables.

G. Andi Rhos is a writer and activist residing in NYC. She speaks out against racism, domestic violence, and illiteracy. Rhos has performed urban spoken word on college radio and at various venues throughout NYC and Georgia. The twice-divorced Brooklyn native lives with her four sons. And It Goes Like This... is Rhos's debut novel.