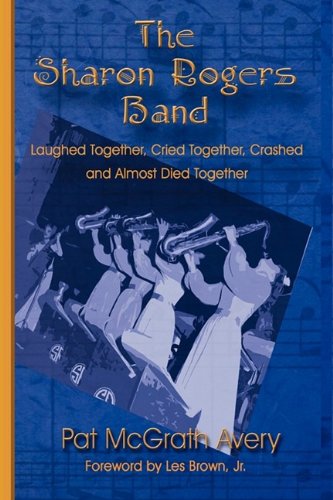 In the 1940s the Sharon Rogers Band, an all-girl band, toured the eastern half of the US. As USO Camp Show #687, they traveled to the Pacific at the end of the war. At General MacArthur's request, they toured Japan at the beginning of the Allied occupation. In January 1946, they survived a plane crash and were rescued by a Japanese fishing crew. Their story is filled with their love of music, youthful adventure and the patriotism that filled the hearts of their generation.

About the Author:
Pat McGrath Avery is the author of several books about veterans including Sunchon Tunnel Massacre Survivors. She is the editor of the Branson Veterans Task Force newspaper, the Bugle. She is currently the secretary of the Military Writers Society of America. She attended two reunions of the Sharon Rogers Band members, conducted multiple interviews, and tells the story through the letters and words of those who lived it.

Book Description Hardcover. Condition: As New. No Jacket. Former library book; Pages are clean and are not marred by notes or folds of any kind. ~ ThriftBooks: Read More, Spend Less. Seller Inventory # G0980033292I2N10

Book Description Hardcover. Condition: Good. Connecting readers with great books since 1972! Used books may not include companion materials, and may have some shelf wear or limited writing. We ship orders daily and Customer Service is our top priority!. Seller Inventory # S_327479353

Book Description Condition: Good. Buy with confidence! Book is in good condition with minor wear to the pages, binding, and minor marks within. Seller Inventory # bk0980033292xvz189zvxgdd

Book Description Hardcover. Condition: Fine. Dust Jacket Condition: Fine. 1st Edition. First edition. Signed by author on title page. On the front endpaper there are 3 signatures from the subjects: Florence Kuhn, lead trumpet, Julieann Holton, dancer, and Joe Zinno, pilot. A fine copy in a fine DJ , now protected in archival mylar. See my photos of the book you will receive, not stock photos. All books are wrapped in bubble wrap and shipped in a cardboard box. USPS tracking provided. #150. Signed by Author(s). Seller Inventory # 015003

Book Description Hardcover. Condition: Very Good +. No Edition Or Printing Stated. Includes Bibliographical References. The Book Is Bound In Blue Cloth Over Boards With Gilt Lettering On The Spine. The Book Has Two Tiny Faint Spots On The Front Board And A Trace Of Wear On The Spine Tips. The Jacket Ha Two Tiny Scuffs. Seller Inventory # 045930