Items related to The Butterfly Collector 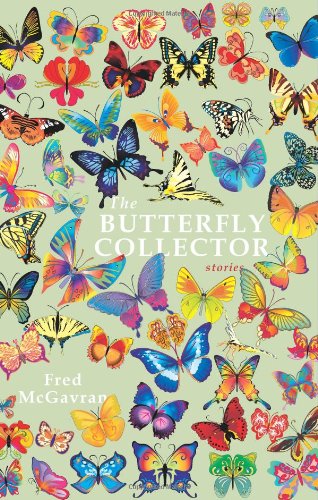 Fiction. THE BUTTERFLY COLLECTOR is full of people you know: a beautician, a lawyer, a man with Alzheimer's who takes his first nightcap at three in the afternoon. But each of these thoroughly knowable protagonists is faced with a situation that causes them to become extraordinary. In these stories, Fred McGavran is both author and investigator, out to prove that every person has at least one really good story to tell.

Fred McGavran is a graduate of Kenyon College and Harvard Law School, and served as an officer in the Navy in Vietnam. He practiced law as a litigation partner with Frost Brown Todd LLC in Cincinnati, Ohio, defending psychiatric malpractice cases and litigating business cases. In June 2010 he was ordained a deacon in The Episcopal Diocese of Southern Ohio, where he serves as Assistant Chaplain at Episcopal Retirement Homes. The Ohio Arts Council awarded him an Individual Achievement Award for The Reincarnation of Horlach Spenser, a story that appeared the Harvard Review. Black Lawrence Press published THE BUTTERFLY COLLECTOR, his award-winning collection of short stories. McGavran won the Writers Digest Popular Fiction Award in the horror category, the John Reid/Tom Howard Contest, the Raymond Carver Award from Humboldt State University, and has placed in many other literary and screenwriting contests. His stories have appeared in Pearl Magazine, Rosebud, Gray's Sporting Journal, Storyglossia.com, Hayden's Ferry Review, Harvard Review and other literary magazines and e-zines. His wife Liz is a decorator. Their older daughter Sarah has earned a PhD in Art History at Washington University in St. Louis, and their younger daughter Marian is a paralegal in San Diego.