Items related to The Last Dance for Grace: The Crystal Mangum Story

The Last Dance for Grace: The Crystal Mangum Story 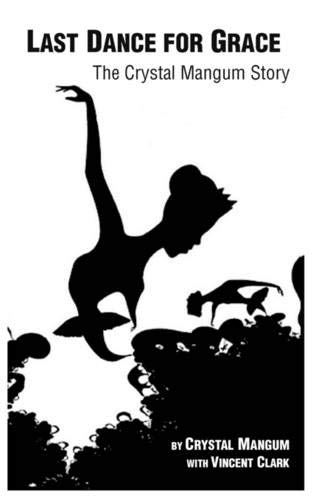 We will never have the answer to many of the questions raised by what has become known as the Duke Lacrosse case. What we do know is that lives were changed one night in March 2006 during a chance encounter that should never have taken place. The one person whose life has changed the most is the one that few really know. Crystal Gail Mangum was a single mother struggling to make a living for herself and her children while pursuing a college education. Believing that her options were limited, Crystal made a decision that she now admits was the biggest mistake of her life, which up to that point had already been punctuated by big and small mistakes that landed her in a desperate situation. Becoming an exotic dancer seemed to be the answer to all of Crystal’s problems. The money was fast and the lifestyle appeared glamorous. She learned that there was money to be made, but it came with risks. As for the glamour, that was all an illusion, too. But Crystal is not unique. Even if we do not know Crystal Mangum, we can agree with her realization that dancing is not the easy path to a better life. Her short stint as a dancer convinced her to work to encourage women to think about other career choices .Crystal has been through sexual, physical, and emotional abuse that left her with deep psychological scars. The Last Dance for Grace is Crystal’s attempt to set the record straight about her life and the circumstances around one of the most controversial cases in American history. 252 page hardback with dust jacket.

1. The Last Dance for Grace: The Crystal Mangum Story

2. The Last Dance for Grace: The Crystal Mangum Story

Book Description fire! Films and Books, 2008. Condition: Good. A+ Customer service! Satisfaction Guaranteed! Book is in Used-Good condition. Pages and cover are clean and intact. Used items may not include supplementary materials such as CDs or access codes. May show signs of minor shelf wear and contain limited notes and highlighting. Seller Inventory # 0981783708-2-4