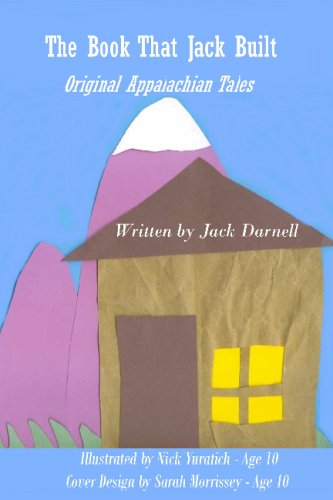 Folk Tales have long been an important part of Appalachian culture. They have been passed down from generation to generation: teaching values, encouraging independence, and entertaining. The "Jack Tales" are probably the best-known of the Appalachian Folk Tales. The Book That Jack Built follows this tradition. Several of the stories have historical significance, and each story teaches a life lesson as it entertains. Jack began writing as a gift to the children of his friends in the rural Tennessee sewing factory where he worked for over 30 years. He continues writing for all children. His regard for the talents of children doesn't stop with his stories. The illustrations throughout the book and the cover art were created by ten-year-old fans. "It's just a shame that William Bennett didn't have Jack Darnell's stories when he wrote his Book of Virtues." - Mary K. Barnwell, M. Ed.

Jack Darnell began writing as a gift to the children of his fellow employees of the sewing factories in which he worked for 30 years. He's the Rural Tennessee answer to Uncle Remus and Aesop. Jack still lives in the three-room cabin in Coker Creek, TN, where he was born. He lives true to the ways of old Appalachia with no electricity nor indoor plumbing. He dips his water from the natural spring that flows from Coker Creek, heats his home and his breakfast on wood burning stoves, and creates his stories on a manual typewriter by the light of kerosene lanterns. He does, however, keep up with current events through a television set powered by a marine battery and a telephone. In addition to his young adult stories, his work includes romance, science fiction, and poetry. He's a self-taught scientist, regularly experimenting with growing season changes due to area climate change, and keeping detailed records of Coker Creek weather. His reading includes chemistry, geometry, poetry, psychology, botany, religion and fiction. When not writing, Jack grows vegetables for himself and his many friends and relatives. He is always happy to set awhile on the porch when visitors come to call. Henry David Thoreau would envy the life Jack has made for himself.