Items related to People of the Sword

O'Donnell, Neil People of the Sword

People of the Sword 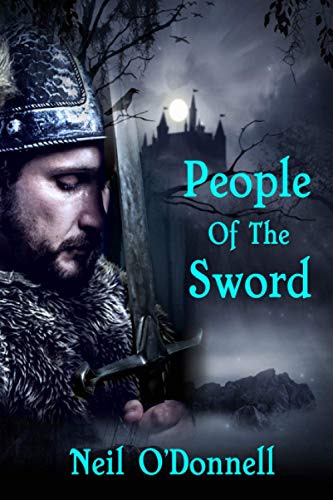 PEOPLE OF THE SWORD combines myth, history, and conquest with music, sorcery and a touch of romance to impart the struggles of two vastly different cultures suddenly dependent on one another for survival. Confronted by a common enemy, the wizard Crarnock, the druids and knights of Tropal realize that only through cooperation can they defeat Crarnock's goblin army. The journey will test the resolve of both peoples as they realize that their collective bias and misunderstandings are as much a threat as Crarnock himself. For readers interested in history, mythology, culture change, and classic struggles between Good and Evil, PEOPLE OF THE SWORD is for you.

O'Donnell is an anthropologist and life-long resident of Western New York. After years of studying changes to Native American and European societies through contact, he incorporated his discoveries into journal articles and short fiction pieces. His intent is to relay his professional discoveries to a wider audience through the world of historical fiction. His best-selling PEOPLE OF THE SWORD set the tone and CALLING WREN is the culmination of these dynamic efforts.

1. People of the Sword