Items related to The Breath of Allah

O'Rourke, Tempest The Breath of Allah

The Breath of Allah 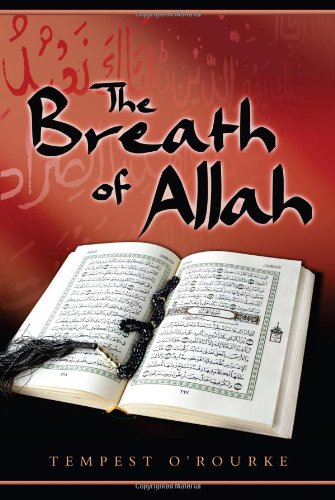 The appearance of an ancient Koran-one of the original twelve transcribed after Mohammed's death-sparks questions about the authenticity of current Islamic practices and teachings. A deadly race begins as the American who inherited the historic text works to keep it safe while being hunted by the CIA, Islamic terrorists, and Jewish Secret Police. As the death toll rises, a mysterious Muslim prophet appears-a prophet who might be the leader Islam needs to restore peace among its followers. Together, the American and the prophet endeavor to reveal the true meaning of Mohammed's Breath of Allah, but to do so they must overcome the deadly agendas of extremist clerics and terrorists, who are willing to silence the true Koran at any cost.

Tempest O'Rourke was born in Canada and served in South Vietnam and Africa for the Canadian military and the United Nations, respectively. Since his retirement, he has remained in South Africa as a private contractor supplying intelligence, logistical support and humanitarian needs.

1. The Breath of Allah