Items related to In the Red

Jade Gurss In the Red 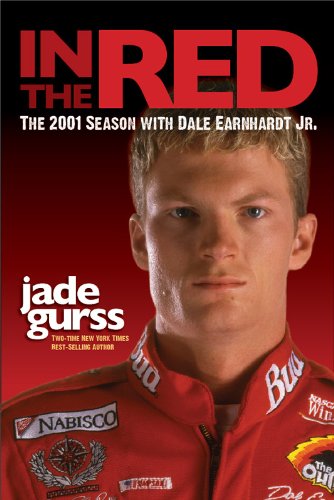 The death of Dale Earnhardt on the final lap of the 2001 Daytona 500 is the most prominent moment in NASCAR history, but only a handful of people know what went on behind the scenes before and after that horrible crash. In the Red is an insider's look at the 2001 NASCAR season with his son, Dale Earnhardt Jr. Earnhardt Jr. began his second season in NASCAR's Winston Cup Series with swagger and confidence, only to see his entire life changed drastically. In the Red is the story of how Dale Jr. persevered, overcoming boundless grief to thrive on and off the track. Written by Earnhardt Jr's publicist, Jade Gurss (who also co-authored Dale Jr's best-selling book, Driver #8), In the Red puts you inside the race car as Junior and his No. 8 Budweiser team made an emotional but triumphant return to Daytona, then scored another momentous victory in the first race after the September 11 terrorist attacks. Off the track, follow along as Junior attends the MTV Music Video Awards, and makes memorable appearances in the pages of Rolling Stone and Playboy magazines as well as emotional interviews on The Today Show and many more.

5. In the Red: The Triumph and Tragedy of Dale Earnhardt Jr's, 2001 Season

6. In the Red [Hardcover] Jade Gurss