Items related to Sons of Cain 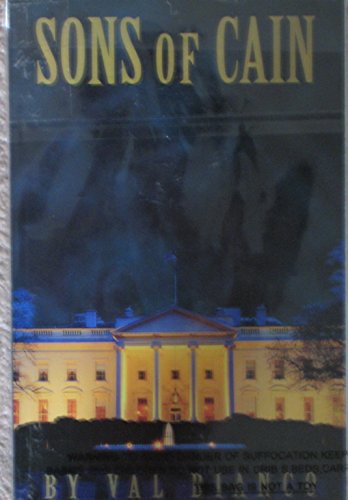 An ancient group of twelve unspeakably powerful men are prepared to implement mass suicide in the United States. Already in control of the Congress and the Presidency, all that they lack is the Supreme Court. The only thing standing between these SONS OF CAIN and the lives of the Court is a small group of dedicated warriors. Wealthy ex SEAL, Nick Rieper, and his dozen, Knights of Longinus, may be the most deadly strike force alive. The have pledged their lives, their fortunes and their honor to battle international Satanism. Battle is joined as they engage the Cainites and their demon leader, Namon, in mortal combat. They stand alone as the only force alive with the knowledge, the skill and the faith to prevent a crime that will change America... forever.

Book Description Lepanto Group, LLC. Perfect Paperback. Condition: Good. A copy that has been read, but remains in clean condition. All pages are intact, and the cover is intact. The spine may show signs of wear. Pages can include limited notes and highlighting, and the copy can include previous owner inscriptions. At ThriftBooks, our motto is: Read More, Spend Less. Seller Inventory # G0983526214I3N00

Book Description Lepanto Group, LLC. Perfect Paperback. Condition: Very Good. A copy that has been read, but remains in excellent condition. Pages are intact and are not marred by notes or highlighting, but may contain a neat previous owner name. The spine remains undamaged. At ThriftBooks, our motto is: Read More, Spend Less. Seller Inventory # G0983526214I4N00

Book Description Lepanto Group, LLC, 2011. Condition: Good. A+ Customer service! Satisfaction Guaranteed! Book is in Used-Good condition. Pages and cover are clean and intact. Used items may not include supplementary materials such as CDs or access codes. May show signs of minor shelf wear and contain limited notes and highlighting. Seller Inventory # 0983526214-2-4