Items related to The Swedish Satchel 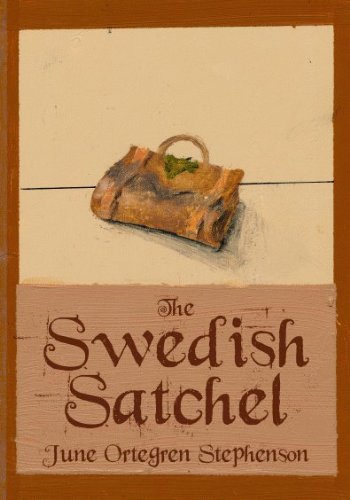 Fredrik Ortegren, 19, arrived from Sweden in New York in 1903, carrying the leather satchel his loving father had made for this trip. The story of Fredrik's life begins in rural Sweden, far north of Stockholm. The lifestyle there at the end of the century conveys the warmth of the family with six children, the father often traveling north to barter with fur trappers for desired fox, lynx, and mink furs, mainstays of the Ortegren furrier business. Fredrik's biography tells of shipboard experiences, the arrival and travel from New York to Boston, his search for employment in what was to him a big city, Boston. After a year in Boston, Fredrik became restless to see more of America and traveled by rail to San Francisco. Later, in 1906 he almost lost his life in the San Francisco Fire and Earthquake. Though a confirmed bachelor he fell in love and married in 1917, bought a house in Albany, California, had a son, a daughter, and then lost his wife. Confronted with his wife's sisters who came to take his children, as was the custom then, he tells them kindly, "If I give my children away, I will have nothing," thereby becoming one of the few single fathers of his generation. His life embodies a man of responsibility who put his children first in any consideration. He learned what they learned in their early schooling, improving his English speaking and writing skills, and when they enter college he became an at-home student, engrossed in college subjects. Though a factory worker he weathered The Great Depression, taking his young children on enriching trips to the Golden Gate Museum, Golden Gate Park, and the San Francisco Opera House to hear Rigoletto. In The Swedish Satchel, the love of Fredrik's Swedish parents comes through in his love for his children, and later his children's children. A generational biography, it shows how the Swedish culture flows into American lives.