Items related to Tribute to Orpheus 2 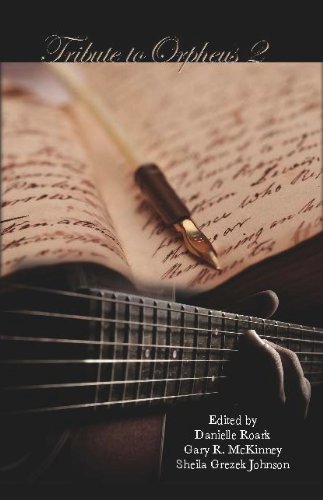 We hoped the music would save us. We knew the musicians wouldn't.

When I was a teenager, Ann Wilson of the rock band Heart was my beard.

A guy named Joe, tall, with a three-day-old beard, boxed my pizza, talked over my head to another customer, told him the employees weren't allowed to listen to The Velvet Underground because the owner thinks they're obscene.I, middle-aged, not well-versed in The Velvet Underground, asked, “Are they obscene?” Joe shrugged his shoulders and said, “I don't know. Some people think the truth is obscene.” From “Deep Dish” by Colette Tennant

Tribute to Orpheus 2 authors are of all ages, musical inclinations, and geography. Their commonality is a love for both music and literature.

Book Description Condition: Good. The item shows wear from consistent use, but it remains in good condition and works perfectly. All pages and cover are intact (including the dust cover, if applicable). Spine may show signs of wear. Pages may include limited notes and highlighting. May NOT include discs, access code or other supplemental materials. Seller Inventory # 31UE340048NC_ns