Items related to Rocks Across The Pond

Verlander, Richard Rocks Across The Pond

Rocks Across The Pond 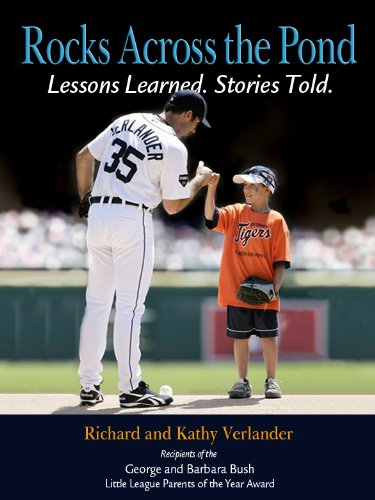 "Perspectives on the journey of a Baseball Parent - From Little League, to the World Series, and everything in-between. From the start in 1989 as parents of then 6 year old Justin Verlander and later his younger brother Ben, and with little background or experience in any type of organized sports ourselves, we had no idea about the turn our lives were about to take when a neighbor from across the street suggested that our son Justin should sign up for Little League Baseball. In our wildest dreams we never would have have imagined that 20 years later we would be receiving the Little League Parents Of The Year Award in Willamsport , Pa. This is an honor bestowed annually on the parents of major league stars that played Little League Baseball. After more than two decades spent raising two sons who have experienced great success both on and off the field, the term Baseball is Life has become much more than a cliche for the Verlander family. We have been touched by many life changing events that we were fortunate to experience, but often unprepared to handle. Looking back we were often blessed to be surrounded by many people who helped us by providing valuable insight in making decisions and dealing with situations that enabled us to put our boys in the best possible atmosphere to grow and develop their potential; both as athletes and young men. Other times we were just lucky. It wasn't always clear, that's for sure. This book was written in hopes that other parents raising young athletes can gain something from our experience and look back as we have, knowing that Baseball is a great metaphor for life and that lessons learned last a lifetime. "

1. Rocks Across the Pond

3. Rocks Across The Pond

5. Rocks Across the Pond

6. Rocks Across the Pond

7. Rocks Across the Pond