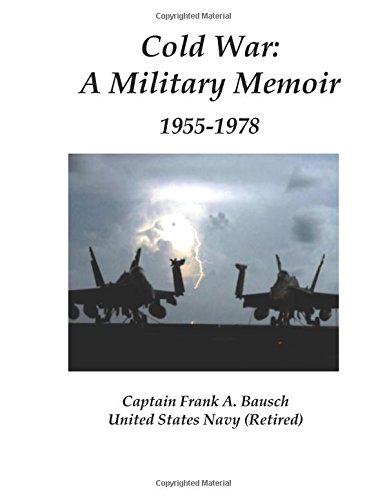 Personal history of fighting the Cold War by a retired Navy Captain. Providing insight on how unevenly it was conducted, the book also chronicles the way military service can quickly mature a college graduate. Recounting his first twelve years associated with naval aviation, Bausch relates how intoxicating and formative the conduct of complex operations at sea can become. Then halfway into his navy career, he enters the black world of the National Reconnaissance Program and gets involved with Vietnam. Witnessing stupidity and cupidity at the highest levels of government, he ends his story with a warning about political Generals and Admirals. Not for the reader who would like to believe the military establishment always acts in the best interests of the American people.

Frank A. Bausch lives with his wife in Caswell Beach NC; they have six grown children living all over the US. He is a retired Navy Captain with squadron, aircraft carrier, fleet staff and Pentagon experience. After leaving the Navy, he worked for CIA and DIA and then spent 10 years as a Senior Member of the Technical Staff for E-Systems (Raytheon). He holds degrees from St. John’s, NY and the University of Maryland.