Items related to I Am Currency

Grady, Whitney L. I Am Currency 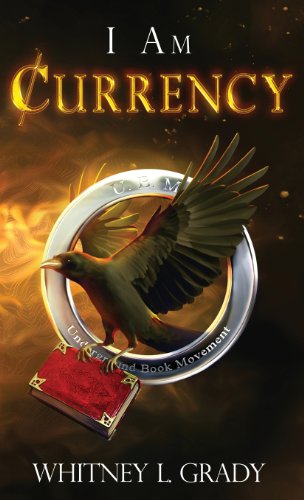 Would you turn in your books to a corrupt government, or would you join the Underground Book Movement? When a meteor slams into the earth causing a shift in the planet's magnetic core, the age of technology ends and economies across the globe crash. Years later, knowledge is not only power...it is currency. Bookkeepers are invaluable in this post-apocalyptic world. Nevel can never tell anyone he is a bookkeeper. His photographic memory is his secret. With a dystopian government that keeps all known books under lock and key looming as a constant threat and with parents involved as agents in the U.B.M. (Underground Book Movement) to protect the books that still secretly exist, Nevel is in a dangerous position. Never does this cause an issue until the day a fellow classmate, Quinn, appears at his door and proves to know more than she should.

Book Description Pants On Fire Press, 2013. Condition: Good. Nesterova, Natalia (illustrator). A+ Customer service! Satisfaction Guaranteed! Book is in Used-Good condition. Pages and cover are clean and intact. Used items may not include supplementary materials such as CDs or access codes. May show signs of minor shelf wear and contain limited notes and highlighting. Seller Inventory # 0986037397-2-4