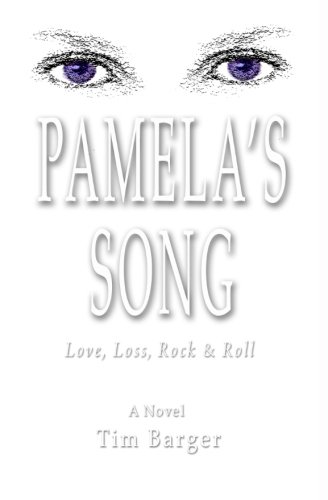 DREAMS BEGIN AT MEMORY’S END In the fall of 1966, Billy Turner and the Lightning crashed out of Southwest Texas into Rock and Roll legend with their classic hit song Pedal to the Metal. In March of the following year Billy Turner was murdered in Los Angeles by persons unknown. He was 24 years old. Forty years later, an anonymous British music journalist intent on solving the mystery of Billy’s death tracks down Turner's longtime girlfriend from El Paso. For a very good reason she has never talked about him, but now, dying of cancer, Pamela decides to speak about her sunny days and wild nights with Billy, about the men she tried to love after he was gone and finally, the truth about the mobsters and the dark side of the Hollywood music business that took his life. Ethereal and profane, poignant and terrifying, Pamela’s Song is the story of a beautiful young woman who had almost perfect love in her hand, only to lose it in a moment. Her voice will echo around in your mind long after the words are gone.

Tim Barger was born and raised in an oil town in Saudi Arabia. His earliest memories of popular music were provided by the nearby United States Air Force radio station that broadcast primarily Country Western and Rockabilly. When he was eight he first heard Black Denim Trousers and Motor Cycle Boots, written by Jerry Lieber and Mike Stoller and recorded by The Cheers in 1955. He has never been quite the same since then.