Items related to Howell Davidson amongst the Musketeers: 17th Century... 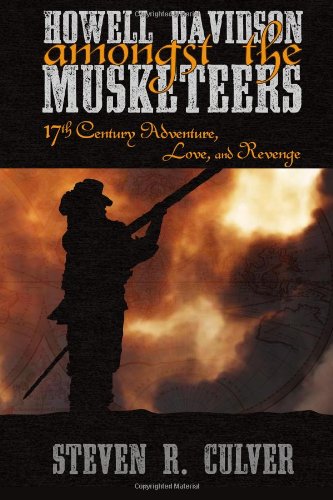 Howell Davidson has never been given anything, and now he’s in a taking mood. What he wants to take is revenge. He’s been fitted up for a murder he didn’t commit by a “Gentleman” he’s only just met, and he can’t rest until he’s evened the score. Howell’s immediate problem, though, is surviving the rebellion in Bohemia that is plunging Europe into a generation of warfare that will come to be known as the Thirty Years War. In this first episode of Howell Davidson’s 17th Century adventures, he carries a musket for the most celebrated mercenary of his time, storming ancient fortresses, and fending off savage cavalry attacks. Between battles, he woos the confidant of a Countess and tries to come to grips with the object of his vendetta. His efforts require a generous portion of courage, a liberal application of guile, and more help from his new friend, Giovanni, than he would care to admit. In the end, Howell sees justice done in a manner he could never have imagined.

Book Description Harnew and Edgebrook Publishing LLC, 2013. Condition: Good. 1st Edition. Former Library book. Shows some signs of wear, and may have some markings on the inside. Seller Inventory # GRP104670698