Items related to Fatty in the Back Seat

Prum, Deborah M. Fatty in the Back Seat

Fatty in the Back Seat 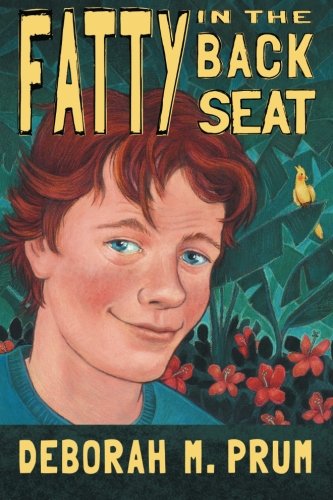 Fifteen-year-old Cuss Brewster is not a criminal. Well, maybe a slight criminal in the state of New York where he accidentally burns down his neighbor’s barn. It’s not his first fire-related mishap, so a judge tells Cuss, “Behave for the next six months, or you’ll go to jail.” But for Cuss, behaving is a lot harder than it seems. Trouble hounds him. He rescues children from a church fire, only to have the authorities accuse him of starting the fire. While working at a landscaping job, he forgets to follow instructions and winds ups smashing a client’s bay window. The grumpy client threatens to sue. Then, a mere two weeks before his probation hearing, Cuss confuses the brake and gas pedals on someone’s vintage Porsche and crashes the car through garage doors. Cuss can almost taste prison food....

Deborah Prum began her writing career at age seven. Perched atop a chrome kitchen chair, she pecked out children’s stories on her mother’s Royal typewriter. Every plot contained a similar theme. At the outset, some disaster (plane crash, rampant disease, ravaging insects) took the lives of parents and all other authority figures. The kids ate wild berries and skinned rabbits to make clothing. Without exception, by the end of each tale, the sturdy little survivors had created a utopia and lived blissfully ever after. Unfortunately, it did not occur to Deb’s parents to call a child psychologist. Deb’s humorous essays air on NPR-member stations and appear in newspapers and magazines. Her fiction is published in many journals and anthologies. She writes funny, anecdotal histories for young adults. Visit her at www.deborahprum.com.

1. Fatty in the Back Seat

2. Fatty in the Back Seat