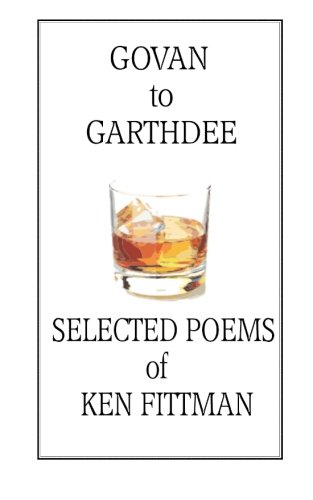 A selection of the musings of hitherto reclusive Scottish poet Ken Fittman. "Govan to Garthdee: Selected Poems" contains tales which range from the young Ken's epic misadventures with the language, ladies and strong drink of north-east Scotland, to his more mature reflections on life, international incidents and losing your teeth. As the great Persian poet, Farsi Nooh, once said: "Michty, yon's a bit o' a boorach".

About the Author On November 27th 1974, Ken Fittman packed his bags and set off from his home in Ayrshire to start a new life in Australia. He made his way cross-country to the A74, where he planned to hitch a lift south to London. Unfortunately, he stood on the wrong side of the road, and was picked up by a fish market porter returning home to Aberdeen after a long weekend in Blackpool. So it was that he began his new life in the north-east of Scotland. “Govan to Garthdee: Selected Poems”, a newly published collection of his work, reveals much about the two distinct periods in Ken Fittman’s life. The influence of the local dialect on his writing style is clear through the first of those periods; indeed, it has often been said that much of his best work was done under the influence. The second, more reflective period of his life is identifiable by the change to a broader English writing style. His movements and influences during this period are unclear: it is believed by some that he spent time travelling in the Arab world, a suggestion supported by his friendship with the great Persian poet, Farsi Nooh. It must be said, however, that this theory has been disputed down the years by his estranged father, Da Ken, who claims Ken never visited Dundee in a’ his puff. He is living out his old age in the Highlands, where he continues to write. He is attempting to learn Gaelic, but, despite his best efforts, rarely manages to progress much beyond one word. Slainte.