Items related to Attack the System: A New Anarchist Perspective for...

Preston, Keith Attack the System: A New Anarchist Perspective for the 21st Century

Attack the System: A New Anarchist Perspective for the 21st Century 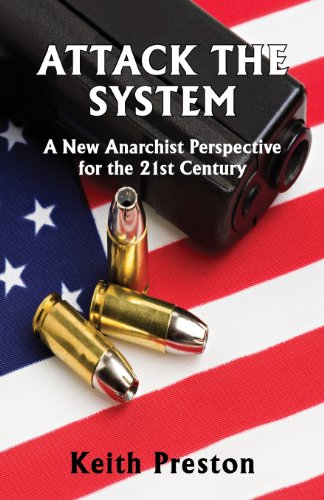 Modern anarchist movements have existed for over 150 years. The blag flag of anarchy remains a symbol of political rebellion, particularly for restless or disenchanted young people. However, Keith Preston argues in this volume that anarchism has reached a crossroads as a political philosophy. He criticizes many contemporary anarchists as anachronistic, shallow, or even status quo in their thinking. It is Preston's contention that anarchist movements will have to grow intellectually and forge new strategic paths for themselves if they are to become politically relevant in the twenty-first century. Preston offers a substantive critique of not only his fellow anarchists, but of the condition of Western civilization itself. He recognizes the process of unprecedented centralization of political and economic power that is now taking place on a global scale. Preston's response is an unhesitating call for revolutionary action against this emerging global order. He likewise offers a critique of the inadequacies of the both the Left and Right and suggests this archaic model of the political spectrum should be discarded. It is Keith Preston's contention that anarchism should reclaim the position it held over a century ago, that of the premiere revolutionary movement throughout the world. Preston introduces his visionary tactic of "pan-secessionism" as a means of developing mutual cooperation between resistance movements with widely varying cultural and ideological values. Drawing upon an eclectic array of philosophical and historical currents, Preston offers a revolutionary political vision of decentralized pluralism manifested as a world of self-managed communities.

1. Attack the System: A New Anarchist Perspective for the 21st Century

Book Description Black House Publishing Ltd, 2013. Condition: Good. A+ Customer service! Satisfaction Guaranteed! Book is in Used-Good condition. Pages and cover are clean and intact. Used items may not include supplementary materials such as CDs or access codes. May show signs of minor shelf wear and contain limited notes and highlighting. Seller Inventory # 0992736501-2-4

2. Attack the System: A New Anarchist Perspective for the 21st Century

3. Attack the System: A New Anarchist Perspective for the 21st Century

Book Description Black House Publishing 2013-10-18, 2013. Paperback. Condition: Very Good. Item is in very good condition. If supplemental codes/CDs for textbooks are required please contact us prior to purchasing as they may be missing. Seller Inventory # DS-0992736501-2