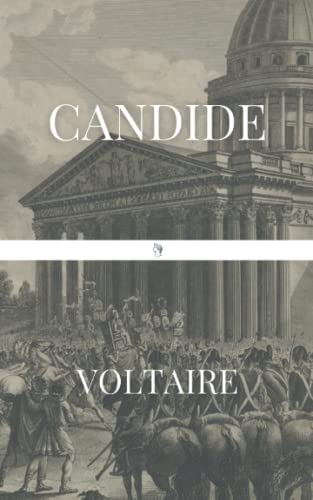 Candide is Voltaire's 1759 satirical masterpiece, wreaking havoc on the excesses of 18th century French Enlightenment culture. The story begins with our protagonist Candide, a young man living a sheltered life in an Edenic paradise and being indoctrinated with Leibnizian optimism by his mentor, Professor Pangloss. This idyllic life is abruptly interrupted, however, by a series of painfully disillusioning events that set him off on a wide-ranging journey.

François-Marie Arouet (1694-1778), known by his nom de plume Voltaire, was a French enlightenment writer, historian, and philosopher famous for his wit and his advocacy for freedom of speech and religion.