Johnston, Harry Hamilton A History of the Colonization of Africa by Alien Races

A History of the Colonization of Africa by Alien Races 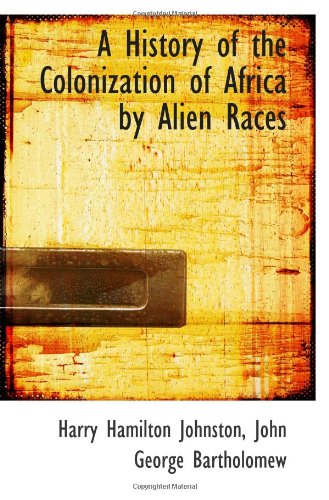 Sir Harry Johnston (1858-1927) is a key figure in the New Colonial period of the late nineteenth century. Part of the Cambridge Historical Series, this 1913 edition extensively changes the 1899 original, expressing Johnston's perspective on African colonization and reflecting his wish for the text to remain relevant to the contemporary political context.

Sir Henry "Harry" Hamilton Johnston GCMG KCB (June 12, 1858 – July 31, 1927), was a British explorer, botanist, artist, linguist and colonial administrator, one of the key players in the "Scramble for Africa" that occurred at the end of the 19th century. Born at Kennington Park, south London, he attended Stockwell grammar school and then King's College London, followed by four years studying painting at the Royal Academy. In connection with his study he travelled to Europe and North Africa, visiting the little-known (by Europeans) interior of Tunisia.

1. A History of the Colonization of Africa by Alien Races