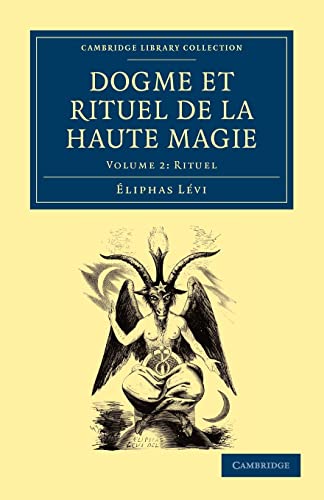 Born Alphonse Louis Constant, French magician Éliphas Lévi (1810-75) wrote prolifically on the occult sciences. This highly popular two-volume treatise on practical magic attempts to initiate the reader into the mysteries of occult philosophy. Identifying magic as the 'nurse or godmother' of all intellectual forces, Lévi proclaims his firm belief in man as microcosm of the universe, the strength of human willpower and the effectiveness of sympathetic magic. Taking a more practical focus than the first part, this second volume, 'The Ritual of Transcendental Magic', focuses on the rituals and ceremonies of Western occult philosophy, offering explanations for magical equilibrium, the use and consecration of the pentagram, talismans, necromancy, transmutations, the Sabbath of the sorcerers, witchcraft, and the alchemical work of Nicholas Flamel and Raymond Lull.

First published in France in 1854, this highly popular two-volume treatise on ritual magic initiates the reader into the secrets of Western occult philosophy. This second volume explains the symbols and philosophy behind magical ceremony and ritual.

Book Description 2011. Paperback. Condition: NEW. 9781108027533 This listing is a new book, a title currently in-print which we order directly and immediately from the publisher. For all enquiries, please contact Herb Tandree Philosophy Books directly - customer service is our primary goal. Seller Inventory # HTANDREE0493403