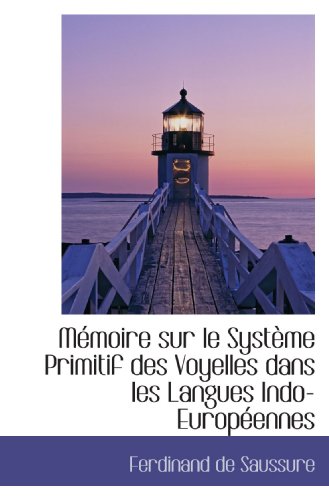 Using comparison and internal reconstruction, Saussure's Mémoire solved a long-standing linguistic problem by proposing the existence of two further sonant coefficients in Proto-Indo-European. A virtuosic work far ahead of its time, it paved the way for laryngeal theory and may have stimulated Saussure's later development of structuralism.