Items related to One More River 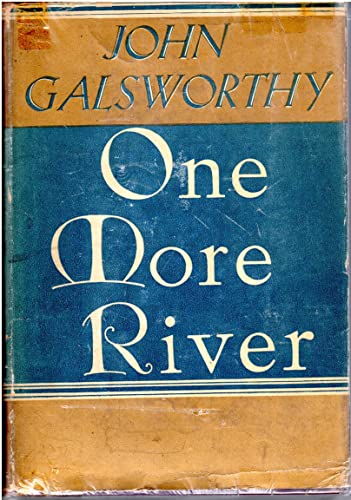 Dinny Charwell gains contentment at last. Published in London as "Over the River."

JOHN GALSWORTHY (1867-1933), English novelist and playwright, went to Oxford to study law but turned to literature after he met Joseph Conrad on a voyage. The Man of Property (1906), the first of the 'Forsyte Chronicles', established his reputation. He was awarded the Nobel Prize for Literature in 1932.

Novelist John Galsworthy completed the FORSYTE SAGA shortly before his death in 1933. This novel was the last of that epicÕs nine volumes, the culmination of a lifeÕs work. If Galsworthy devoted himself to writing prose, David Case devoted himself to reading it out loud. He recorded hundreds of books, also working as Frederick Davidson, Edward Raleigh, James Nelson, and Ian McKay. Chosen as one of this magazineÕs Golden Voices, Case threw himself passionately into every part, playing women so convincingly that I remember checking the audiobook box once to remind myself of the narratorÕs gender. His refined but nimble English voice was stilled in 2005. He and Galsworthy can both look back across the River Styx with a shared sense that theirs was a job well done. B.H.C. © AudioFile 2008, Portland, Maine-- Copyright © AudioFile, Portland, Maine

Book Description Scribners, 1933. Hardcover. Condition: Good. Due to age and/or environmental conditions, the pages of this book have darkened. Moderate edgewear on the boards. Binding is moderately loose. Some pages are falling out. Book. Seller Inventory # 123538221