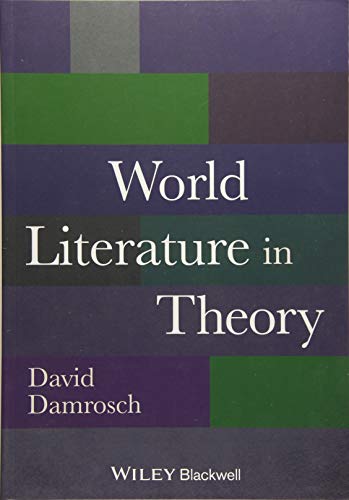 World Literature in Theory is a definitive exploration of the pressing questions facing those studying world literature today. This reader brings together more than 30 essays by the most influential scholars in world literature. The essays allow students to consider important questions, including: How do we gain an adequate grounding in multiple cultures? How do we make intelligent choices about what to read? How do we avoid skimming the surface of complex works that must be read in translation? How do we avoid a simple projection of our own cultures and values on the wider world? How do we negotiate the changing cultural, political, and economic landscape of the texts and ourselves?

This collection brings together important theoretical essays by Johann Wolfgang von Goethe, Hugo Meltzl, Edward Said, Franco Moretti, Jorge Luis Borges, Gayatri Spivak, and more. The coverage is split into four parts; they examine the origins and seminal formulations of world literature, world literature in the age of globalization, contemporary debates on world literature, and localized versions of world literature. Damrosch provides substantive introductions to each essay, as well as an annotated bibliography for further reading. Without shying away from the subject’s inherent complexities, this reader allows students to understand, articulate, and debate the most important issues in this rapidly changing field of study.

Book Description 2014. Paperback. Condition: New. 1st. Paperback. World Literature in Theory provides a definitive exploration of the pressing questions facing those studying world literature today. Coverage is split into four part.Shipping may be from multiple locations in the US or from the UK, depending on stock availability. 544 pages. 0.818. Seller Inventory # 9781118407691

Book Description 2014. Condition: NEW. 9781118407691 This listing is a new book, a title currently in-print which we order directly and immediately from the publisher. For all enquiries, please contact Herb Tandree Philosophy Books directly - customer service is our primary goal. Seller Inventory # HTANDREE0788311