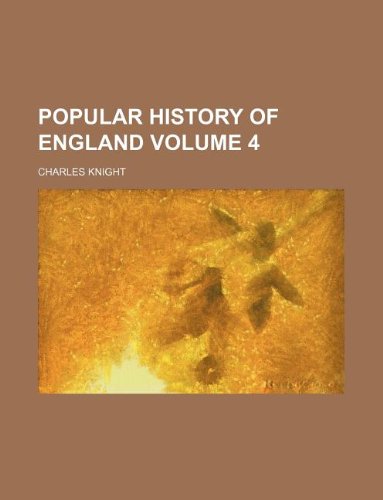 This historic book may have numerous typos and missing text. Purchasers can download a free scanned copy of the original book (without typos) from the publisher. Not indexed. Not illustrated. 1858 Excerpt: ...was, in some degree, a result of their suspicion of the king's desire to show favour to the Papists. He claimed a dispensing power as to the relaxation of penal laws in ecclesiastical matters. The Parliament gently denied the king's right to this dispensing power, and a Bill to confirm that power was dropped, to Charles's great displeasure. In the constitutional point of the duration of Parliaments, the Crown was more successful in carrying out its own desires. By the Triennial Act of 1641, in default of the king summoning a new parliament within three years after a dissolution, the peers might issue writs; or the sheriifs in default of the peers; or in default of constituted authorities the people might elect their representatives without any summons whatever. These provisions against such violations of the constitution as had been seen in the time of Charles I., could not affect a sovereign who desired to govern in connection with Parliaments. Charles, in his opening speech in the session of 1G64, said, " I need not tell you how much I love Parliaments. Never king was so much beholden to Parliaments as I have been; nor do I think the Crown can ever be happy without frequent Parliaments. But, assure yourselves, if I should think otherwise, I would never suffer a Parliament to come together by the means prescribed by that Bill." The first Charles, in the pride of his triumphant despotism, could not have made a more insolent avowal. The famous Triennial Act was repealed; all its provisions for holding Parliaments in defiance of an arbitrary power of the Crown were set aside; and yet it was declared that Parliaments should not be suspended for more than three years. Charles II. lived to violate this law. The first war in which the government of the ...