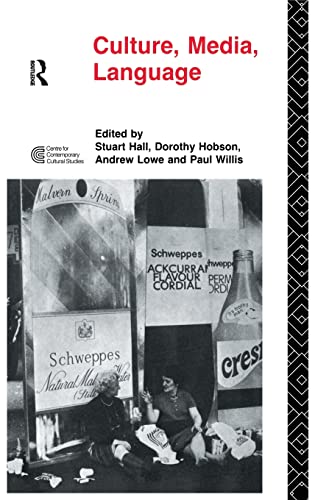 First published in 2004. Routledge is an imprint of Taylor & Francis, an informa company.

Stuart Hall was born and raised in Jamaica and arrived in Britain on a Rhodes scholarship to Oxford in 1950. In 1958, he left his PhD on Henry James to found the New Left Review, which did much to open a debate about immigration and the politics of identity. Along with Raymond Williams and Richard Hoggart he established the first Cultural Studies programme at a British university in Birmingham in 1964, bringing the study of popular culture into the understanding of political and social change.After spending more than four decades as one of the UK s leading public intellectuals, Hall retired from formal academic life in 1997 and since then has continued to devote himself to questions of representation, creativity and difference. He became the chair of two foundations, Iniva, the Institute of International Visual Arts, and Autograph ABP, which seeks to promote photographers from culturally diverse backgrounds, and championed the opening of Iniva s new Rivington Place arts complex in east London in 2007.

Andrew Lowe is Professor of Plant Conservation Biology and Director of the Australian Centre for Evolutionary Biology and Biodiversity at the University of Adelaide, Head of Science for the South Australian Department of Environment, Water and Natural Resources, and Associate Science Director of TERN.

Paul J. Willis is a professor of English at Westmont College in Santa Barbara, California. He has published two books of poetry, Visiting Home and Rosing from the Dead, and with David Starkey has co-edited In a Fine Frenzy: Poets Respond to Shakespeare. He is also the author of Bright Shoots of Everlastingness: Essays on Faith and the American Wild, named by ForeWord magazine as the 2005's best essay collection from an independent press.

Shipping: US$ 32.37
From United Kingdom to U.S.A.
Destination, rates & speeds

Shipping: US$ 15.47
From United Kingdom to U.S.A.
Destination, rates & speeds

Shipping: US$ 45.32
From United Kingdom to U.S.A.
Destination, rates & speeds